Cloud computing in 2018 and Information Technology Matters
purbita
April 17, 2018
10:23 am
When slowly it came to the end of 2017, almost every individual in the information technology aspect were to think of how they would do next to achieve all the IT objectives in the upcoming year. It is the reason why a list of 5 trends for the cloud computing exist for those who are […] 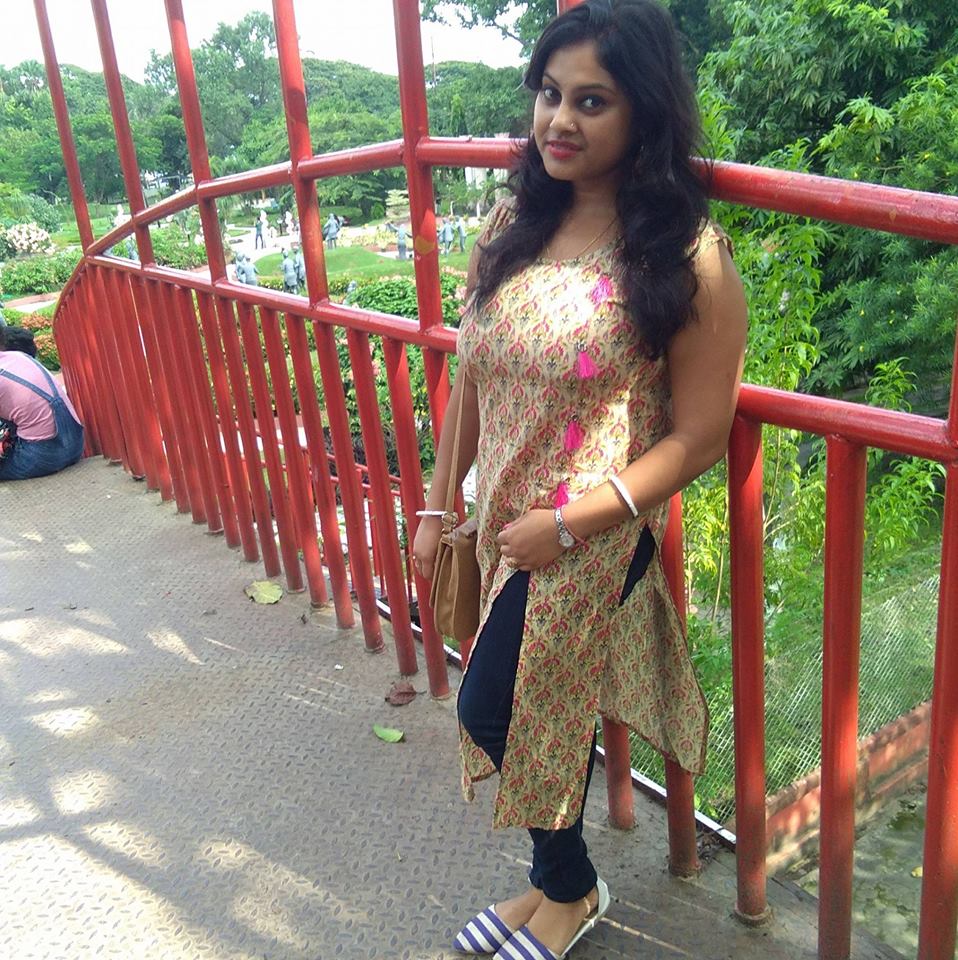 When slowly it came to the end of 2017, almost every individual in the information technology aspect were to think of how they would do next to achieve all the IT objectives in the upcoming year. It is the reason why a list of 5 trends for the cloud computing exist for those who are moving forward the 2018 IT business. 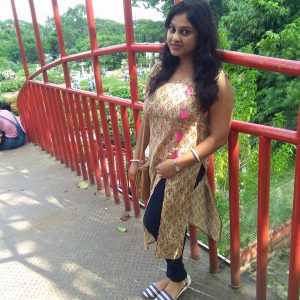 Continuous development of solutions for the cloud services
One trend should be mentioned first is the SaaS which stands for the Software as a Service. It promises to create a potential door for both flexibility and finance of business in the services of the cloud. As for the public and the private cloud, there is a ton of solution newly available due to the launch of platforms, namely, Iaas and PaaS. And in 2018, it is hopeful that the simple along with well-performed feature of the cloud will support organizations at best.
In accordance with a survey about the cloud service carried out by the Cisco in 2016, the deployment and usage with these solutions seems not to be stop to reach dozens of goals in the future with an extraordinary speed. In 2018, you will witness an excellent deployment by the SaaS for the cloud system all over the world.
This document also expected that the SaaS would make up approximately 60% in the total of the cloud-based platform. And such number could be 12% greater than the one in 2017. Moreover, the PaaS and the IaaS are likely to show an increase which is at least 5% of the growth rate in the current year. It is true that the expectation for 2016 was a positive thing and it came true. And it repeated in 2018. So, we almost can think of the same thing in this year. In general, businesses those focus on the simplicity in operation as well as an easy access for their customer, there is no reason for them to ignore solution such as SaaS and PaaS.
An increase in the capacity of the cloud storage
Since there is an increase in the cloud services and the trend toward being an important part of businesses, users are hoping for an outstanding enhancement in 2018. With the purpose of reaching such expectation, a large number of cloud providers are working their best to offer more centers of data with unprecedented development for the capacity. According to a survey conducted by the Cisco, they predicted that the data center could store about 370EB of data in 2017 while the real figure was 600 EB. Hence, they keep forecast the number will be 1.1ZB in the end of 2018. And this predicted number wills double the last year.
Which owners of the data center tend to enlarge their space for storage enables businesses to take much advantage of this amazing capacity to accomplish their further targets. For more detailed, For instance, businesses those who own a big amount of data will take advantage of the larger storage space to set data. Then, it is time for next steps as analyzing numbers and taking a looking into the insight of the customer behavior as well as planning potential strategies. And for the small ones, they can use the small space with cheap prices.
The begin of the Internet of Everything
Looking back to 2017, there were two things which played an essential role in the information technology. They are the IoT – the internet of things and the artificial intelligence. It is like what Elon Musk mentioned when he talked about the potential cloud computing trend.
At the time experts foresee the continuous growth of the IoT for the data analytics. We can see the potential development of the internet of everything in the 2018. As for the usage, the IoE supports users in communications, data storage and producing processes. And for more, it enables people to communicate with everything.
An example is the Google’s Pixel Buds which was in launch in 2017. Here is a headset and offer the voice recognition and translation for 40 languages. Moreover, the IoE performs many other intelligent features like collecting the relation between customers and products/services. In the age of automation along with robots, the internet of everything brings the new simple experience for customers.
Internet quality enhancement with the 5G
With the reality that the global data generation is increasing in 2018, users of the storing service are expecting for a better and high-quality connection in the near future. For example, Qualcomm Snapdragon is focusing on creating a new network with higher speed and excellent performance. And, other companies are also catching this trend and it becomes a competition of the cloud storage improvement. Then, they upgrade into a new level, from the gigabyte LTE to the network of 5G.
The high responsiveness and the fast loading speed are two main things which users can expect in the enhancement of the network for apps. According to the providers, they will try the best to upgrade the SaaS, PaaS as well as many other ones.
The cloud security challenge
2017 was a year of the cyber-attacks which has never been terrible like that in the past. Some names can be mentioned here are the WannaCry, the CIA Vault 7 along with the Equifax. They are not a dream but the reality which occurred in the 21st century.
In 2018, experts expect that there may be more unlucky things happening. Bad people do these with the aim of undermining the cloud security cells. In fact, the sophistication is increasing day by day. It is the reason why the governments as well as related organizations are carrying out methods as well as solutions to be ready to face with dozens of risk out there.

Before it moves to the cloud, an endeavor must figure out which arrangement demonstrates the best address its issues. This choice depends on various variables, for example, security, execution prerequisites and cost. The four fundamental cloud organization models are:
Public cloud: people in general cloud is a multi-inhabitant condition in which an outsider supplier offers services and assets, for example, register and capacity, to clients over the web. Ventures pay for the cloud assets they devour on a compensation as-you-go premise.
Private cloud: A private cloud depends on a restrictive design that is committed to one association. An undertaking ordinarily assembles and keeps up its own private cloud framework in-house yet can likewise utilize an off-premises facilitated private cloud. Private mists give endeavors more straightforward control over their information and IT condition, making them particularly alluring to organizations with strict service and consistency prerequisites.
Hybrid cloud: In this arrangement shown, an undertaking utilizes both an open and private cloud. Workloads move between the two situations, and associations can perform cloud blasting when they require an extra limit. Hybrid cloud bears a venture the adaptability of people in general cloud while permitting mission-basic workloads to stay on premises, behind the organization’s firewall.
Multi-cloud: A multi-cloud methodology, for the most part, alludes to the utilization of various open mists from various suppliers. Ventures can utilize this model to limit seller secure dangers and select the best cloud services for their workloads, in light of cost, highlight set, and different components. Multi-cloud arrangements additionally increment repetition and guarantee high accessibility.

Cloud computing can be broken out into three center classifications, each of which conveys an alternate arrangement of assets as a service. To pick between these three classes, ventures need to choose how much duty they need over their framework. Survey these extra cloud computing terms to choose which class is best for you:
Software as a service (SaaS): With SaaS, the cloud supplier has applications all alone framework and makes those applications accessible to clients over the web. The supplier deals with all the hidden assets that help an application, running from servers and systems to middleware and OSes. Of every one of the three cloud computing service classes, SaaS requires minimal service from the client.
Stage as a service (PaaS): With PaaS, the cloud supplier has assets and instruments for application improvement on its foundation and makes those assets accessible to clients over the web. Notwithstanding the fundamental register and capacity framework, a PaaS offering incorporates devices for content editing, form service and different undertakings that empower designers to take off software all the more rapidly.
Foundation as a service (IaaS): In the IaaS show, a cloud client utilizes the web to access and utilize a supplier’s framework segments, for example, servers, stockpiling and systems service, as opposed to send and keep up that foundation in-house. This service accompanies the most adaptability yet, in addition, the most client obligation out of the three classifications.

After you ace the essential cloud computing terms above and pick the sending model that best suits your necessities, it’s an ideal opportunity to pick a cloud supplier. This choice is regularly in light of value, area, accessible services, security, and consistency.
While most real suppliers have practically identical services, their particular capacities and highlights vary. Driving private cloud merchants or stages incorporate VMware and OpenStack, and best open cloud suppliers include:
Amazon Web Services (AWS): AWS entered the market in 2006 and is as of now the main open cloud supplier for IaaS, with SaaS and PaaS alternatives also. Its most mainstream services incorporate Elastic Compute Cloud, Simple Storage Service, and DynamoDB.
Microsoft Azure: In 2008, Microsoft unveiled its Azure open cloud, which likewise gives offerings to IaaS, PaaS, and SaaS. Its well-known services incorporate Azure Virtual Machines and Azure App Service.
Google Cloud Platform (GCP): GCP comprises of different open cloud services, for example, Cloud Engine, its IaaS offering, and App Engine, its PaaS advertising. Application Engine was the primary Google cloud service to dispatch in 2008.
Businesses need to take care to detect and prevent the It attacks. To do that, it requires them to invest methods of the information security along with management. Moreover, the malware detecting system should also be out of the must of the cloud computing system.
Category : Cloud computing in 2018
PreviousSocial Media Connections With Political Game in 2018
NextTop Virtual Machine Software Programs Help Internet Marketing World